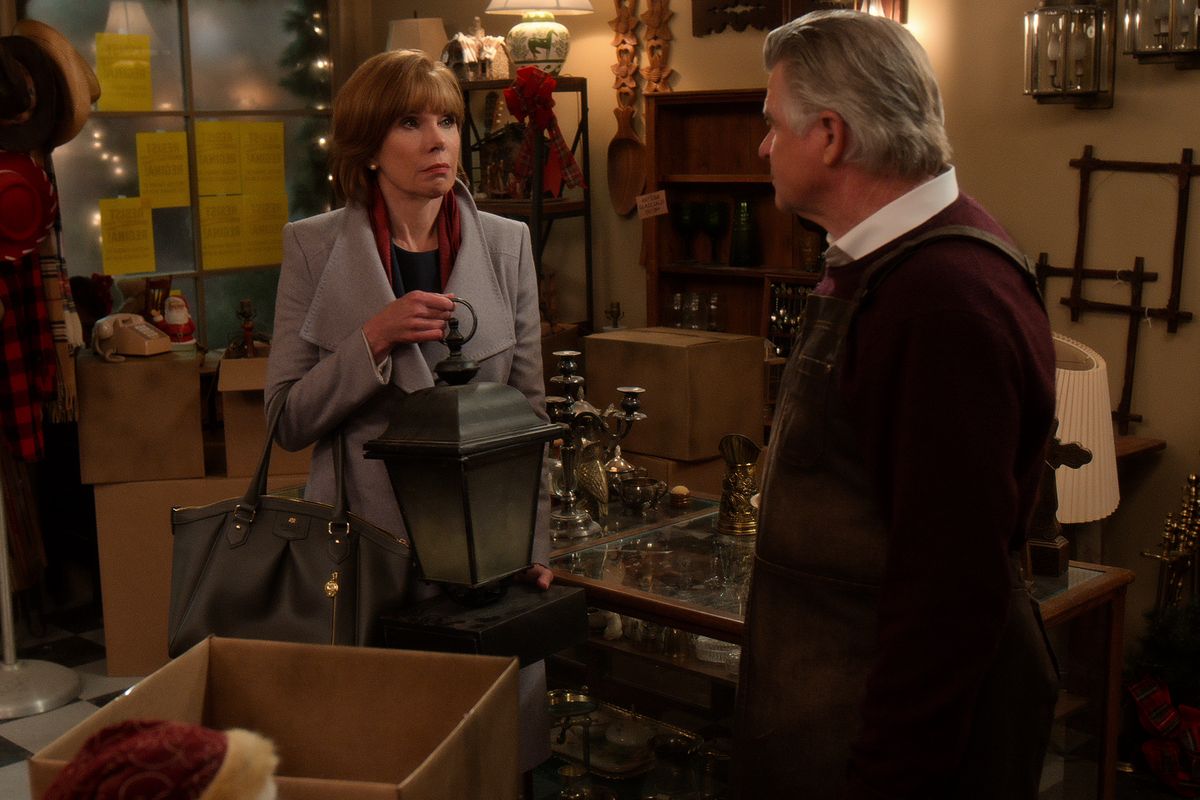 This year has really made us reexamine what is important in life. It’s during times like these that we need positive entertainment. If anyone represents this it’s the legendary Dolly Parton. Through the years, Parton has given us the gift of film and television projects that help us focus on the good things in the world and ultimately the universal values that unite all of us.

Now, Dolly has given us the perfect gift for the 2020 holiday season with Christmas On The Square” a Netflix musical executive produced by Sam Haskell that features 14 original songs and a message of hope. It features an award-winning cast that includes Christine Baranski, Jenifer Lewis and of course Dolly Parton herself among many others in the talented cast.

Having watched all of Dolly Parton’s recent films both on NBC and Netflix, there is something about the production quality that reminds me of a time when heart and soul were put into entertainment and that’s what you get with Christmas On The Square. From the opening credits to the very end you are given a rollercoaster of emotion (in a good way) that really makes you count your blessings when it otherwise might seem difficult.

Christmas On The Square deals with a few different storylines but they are all connected. The role of faith is a huge part of the film without excluding anyone as Dolly Parton puts on a pair of angel wings for her role.

As much as I’d like to go into greater detail regarding specifics in the storylines I really believe that Christmas On The Square is such a special film that I don’t feel comfortable giving everything away here. I will conclude by saying this, there are a few songs in this wonderful musical that could become instant classics. Especially those that connect emotionally to the viewer.

As a fan of musicals I appreciated the refreshing yet traditional take and I recommend Christmas On The Square to everyone especially for watching together as a family.

You can watch it now on Netflix here

In this article:Christmas On The Square, Dolly Parton, Netflix