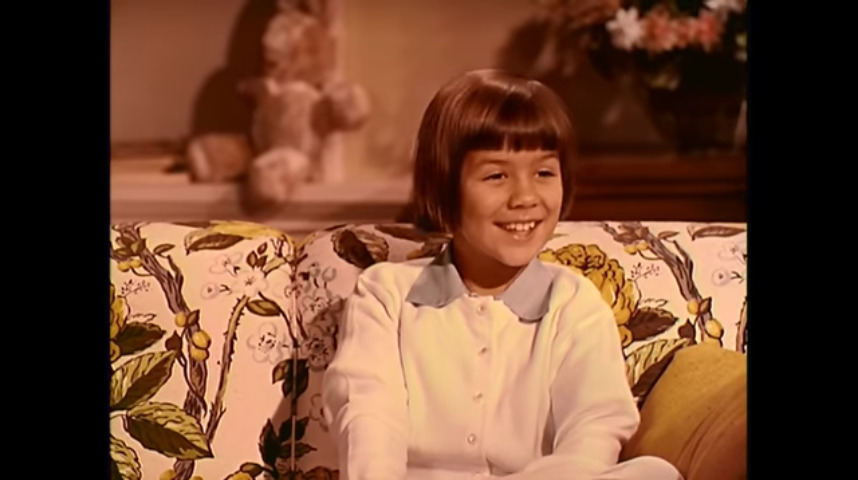 In a screen test for his film “The Family Jewels”, Hollywood legend Jerry Lewis can be seen with his co-star for the film Donna Butterworth. The young star was in the film alongside Lewis which was released in the United States in July 1965. Jerry Lewis clearly is trying to break the ice and create a relaxed environment on the set of the movie.

While Donna Butterworth’s acting career was short, her acting skills left moviegoers amazed and she is still remembered today as one of Hollywood’s brightest child actors. She is also known for starring in the film “Paradise Hawaiian Style” in 1966 with Elvis Presley singing several duets with him.

Originally from Pennsylvania, Butterworth and her family moved to Hawaii where she began Performing Hawaiian music from an early age, Donna gave concerts around the islands, performed with Don Ho, and appeared on popular shows of the time including The Dean Martin Show, The Andy Williams Show The Danny Kaye Show and The Hollywood Palace. She was nominated for a golden globe award for her role in “The Family Jewels”.

Donna Butterworth died on March 6, 2018 at a medical center in Hilo, Hawaii from undisclosed causes. She was 62 years old.

In this article:Classic Hollywood, Donna Butterworth