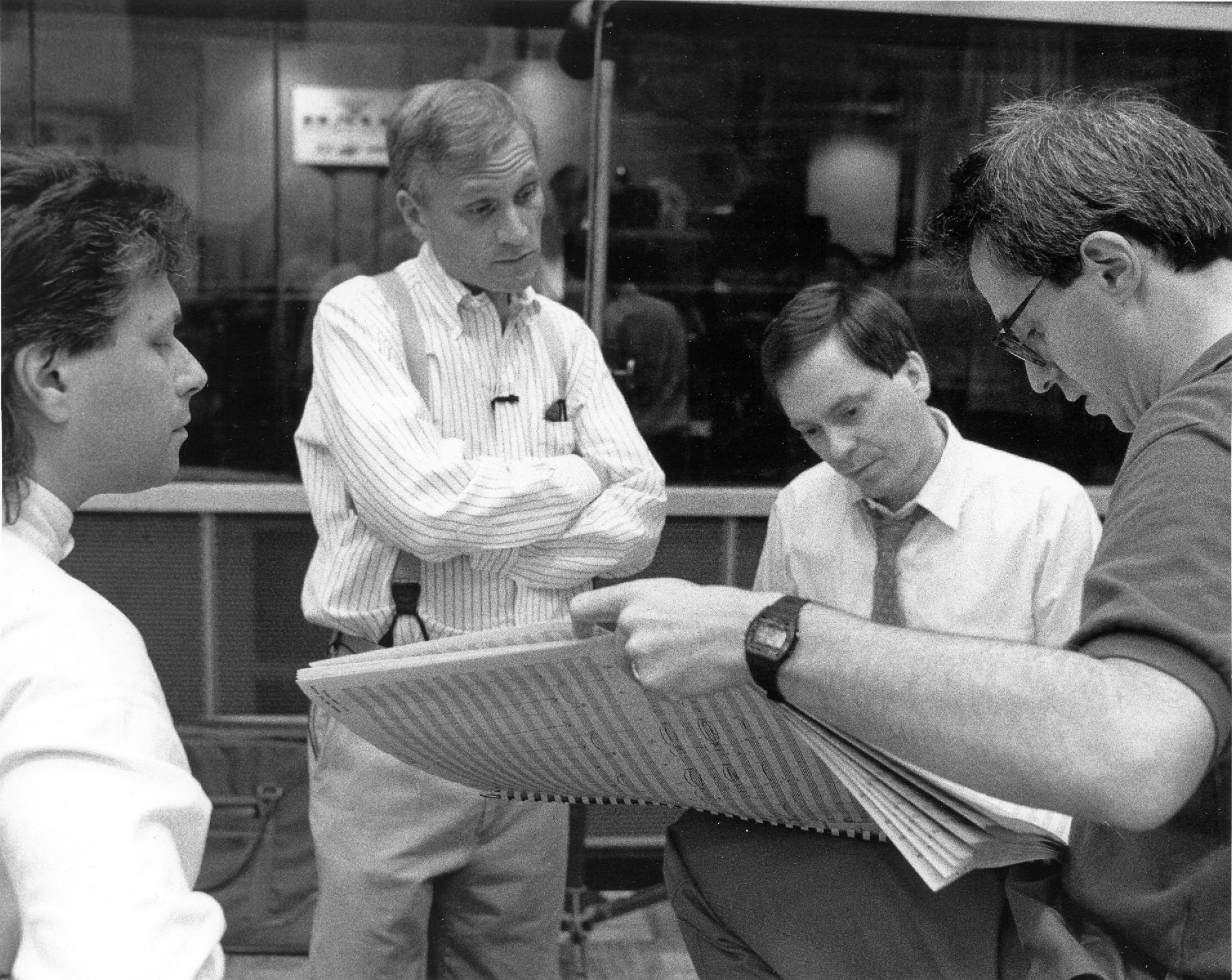 Born in Baltimore, Howard Ashman grew up loving musical theatre. After studying at Boston University and Goddard College, he earned his Masters degree at University of Indiana. In 1978, Howard came to New York and opened a Off-Off-Broadway theatre, which he initially subsidized by writing cover copy for book publishers before it became the talk of the town. His success adapting a Kurt Vonnegut novel, God Bless You, Mr. Rosewater, led Howard and his song writing partner, Alan Menken, to adapt the Roger Corman film Little Shop of Horrors for the stage—which quickly became a cultural phenomenon in New York City and beyond. His success led him to a dream collaboration with A Chorus Line composer Marvin Hamlisch on the musical Smile. But the production was plagued with changes, and after investors bailed it soon crashed when it opened on Broadway. Humiliated, Howard fled Broadway and answered Disney Studio Head Jeffrey Katzenberg’s call to come to California and work for Disney. Howard immediately gravitated to animation where he could bring his musical theatre skills to a new medium. Menken joined him and the result was the Oscar winning score and songs for THE LITTLE MERMAID. But in the background of the triumph of MERMAID, Howard was diagnosed with AIDS, at a time when the disease was untreatable and a virtual death sentence. Howard kept his illness a secret and instead of slowing down, dug into two new musicals for Disney. The first, ALADDIN, yielded brilliant song demos inspired by Fats Waller, but the story crashed and went into rewrites. Ashman and Menken began work on what would be one of the overwhelming hits of their collaboration: BEAUTY AND THE BEAST. During production Howard’s health declined and much of the team moved to New York to continue work by his bedside. His partner, Bill Lauch, went into construction on a house for them to share in upstate New York. However, Howard’s health couldn’t last and he died in March 1991 at 39 years old, having never seen the finished BEAUTY AND THE BEAST, or ALADDIN, which would always live on as his legacy.

“HOWARD” is highly personal to director Don Hahn since he produced BEAUTY AND THE BEAST and collaborated with Howard closely on the film, which became the first animated film to be nominated for a Best Picture Oscar. Howard was never able to see the finished film or share in the accolades when the film was released. His story has been largely untold, and yet his work has become the soundtrack of generations and audiences around the world—on the screen and stage.