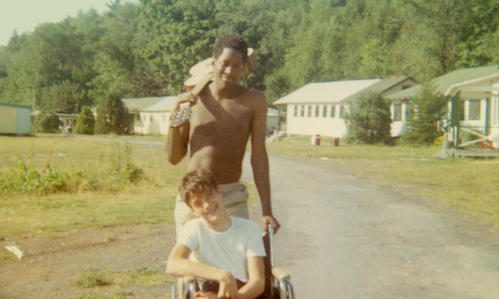 A new documentary coming to Netflix later this month will chronicle the fight for equality for individuals with disabilities.  “Crip Camp: A Disability Revolution” tells the story of a summer camp “ran by hippies” in the 1970s that became a place for those who had disabilities could experience a sense of belonging and equality that they otherwise did not have in the outside world. This experience which some compared to as their version of the 1969 [wiki]Woodstock[/wiki] festival eventually grew into activism and is responsible for many of the rights people with disabilities have today.

The documentary is executive produced by President Barack and Michelle Obama and will stream on Netflix starting March 25. Check out the trailer below!

Down the road from Woodstock, a revolution blossomed in a ramshackle summer camp for teenagers with disabilities, transforming their lives and igniting a landmark movement. CRIP CAMP is an untold story co-directed by Emmy® Award winner Nicole Newnham and film mixer and former camper Jim LeBrecht. Executive producers include President Barack Obama and Michelle Obama, Tonia Davis and Priya Swaminathan, and Oscar® nominee Howard Gertler (How to Survive a Plague).